Our Local Board area encompasses many beautiful natural taonga – from Waiwera in the north to Campbells Bay in the south, along the peninsula to Shakespear Regional Park and out into the Gulf to Tiritiri Matangi.

Hibiscus & Bays has 25% bush cover across private and public land, which is host to a diversity of native wildlife, including birds, reptiles, bats and some beautiful mature trees, such as kauri, kahikatea and puriri.

Unfortunately, much of our bush is separated into isolated pockets, making it harder for our wildlife to flourish. In addition, our bush and its wildlife are threatened by pest plants, predators, and pathogens such as kauri dieback and myrtle rust. Our network is working to eliminate these threats and connect our ancient forest remnants with new native planting so that our precious bush can thrive again.

Find resources to help with pest plant and predator control and native planting: 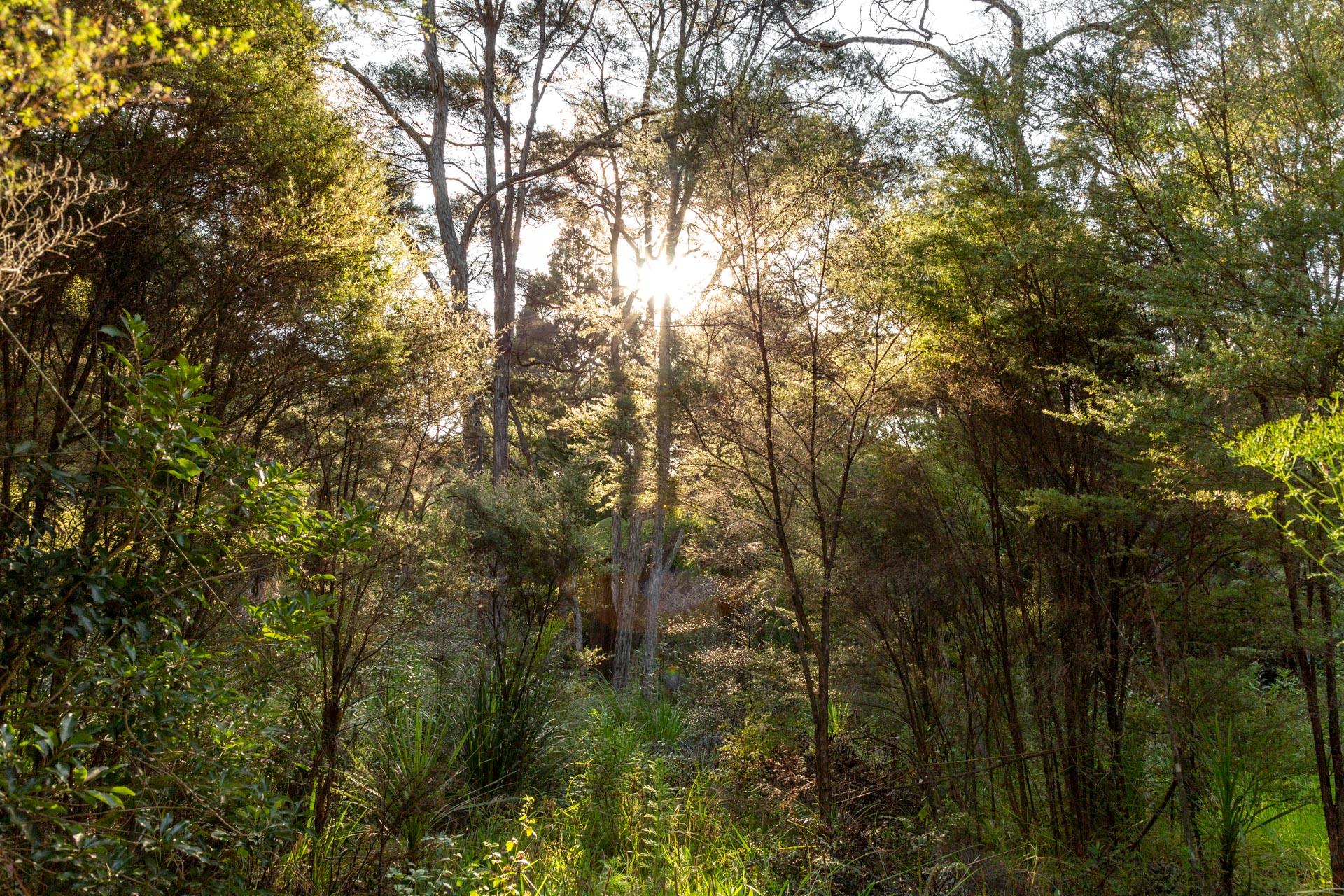 Hibiscus & Bays is a series of 34 catchments, bounded by hills from which water flows into streams and rivers and ultimately down to the Hauraki Gulf – Tīkapa Moana/Te Moana-nui-ā-Toi. Pollutants from our urban environment regularly wash into our streams, impairing the health and wildlife of our waterways right down to the shore. Our network is committed to advocating for, protecting and enhancing water quality and biodiversity in all 34 catchments through our stream restoration programme. 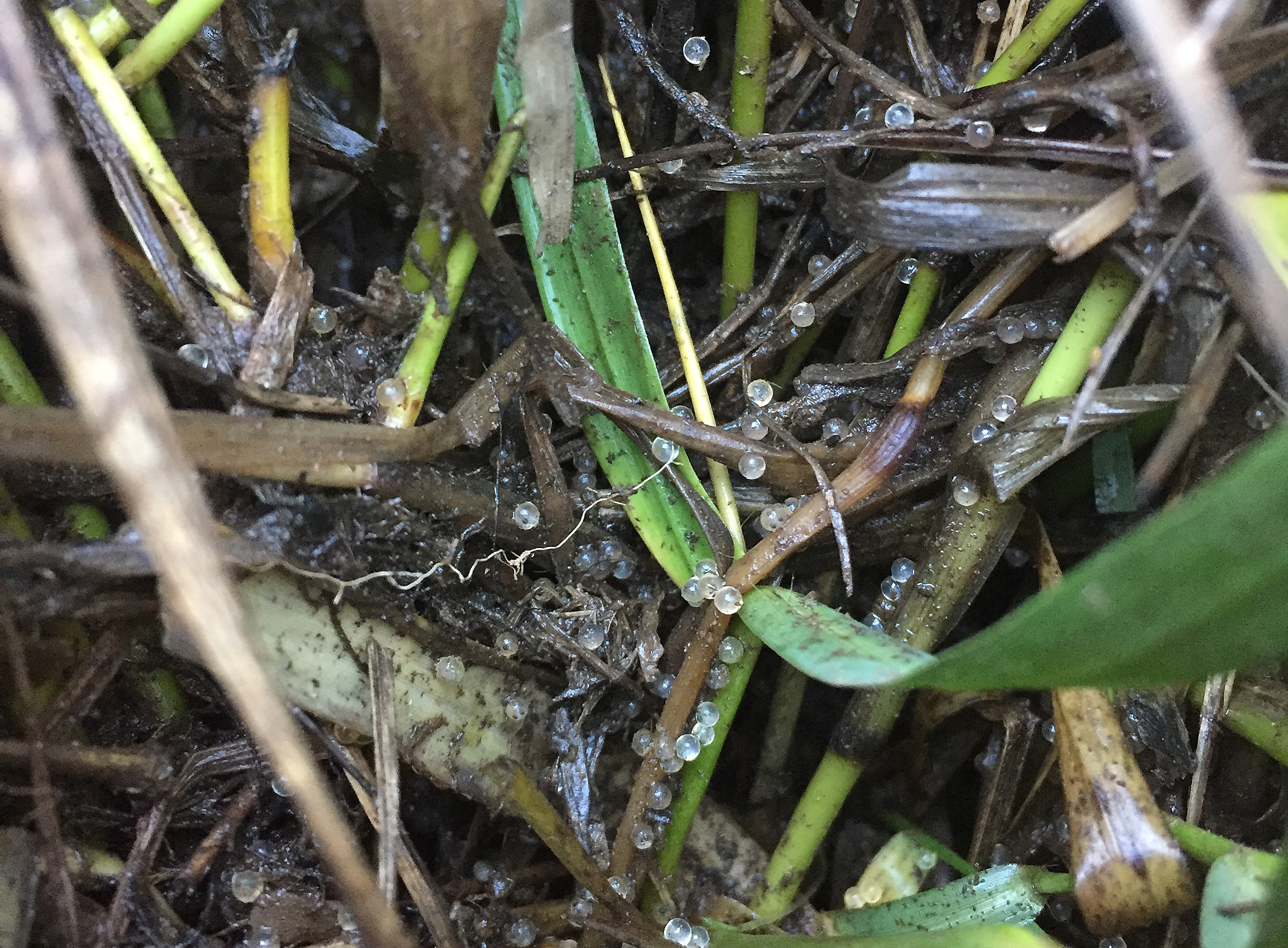 Inanga eggs at a spawning site in Awaruku Wetland. Photo by Mary Stewart.

The Hauraki Gulf – Tīkapa Moana/Te Moana-nui-ā-Toi – is a taonga with local, national and global significance. It is home to approximately 25 species of marine mammals, including whales and dolphins, and an abundance of seabirds. It is also important to the people of the East Coast Bays, the Hibiscus Coast and beyond, supporting our recreation, work and wellbeing. Its kai moana has fed generations of families throughout Māori and European history.

We are fortunate to have part of our coastline protected through the establishment of the Long Bay–Okura Marine Reserve in 1995. Marine habitats are allowed to recover and marine species are left to grow and replenish. The reserve covers a variety of coastal habitats including sandy beaches, rocky reefs, estuarine mudflats and extensive areas of mangroves. Bird species include kōtare (kingfisher), heron, pied stilts, torea (oyster catchers), NZ dotterel, bar-tailed godwits, banded rail and the nationally critical Australasian bittern.

The Hauraki Gulf – Tīkapa Moana/Te Moana-nui-ā-Toi is under significant pressure and the most recent State of the Gulf report indicates a marked decline in water quality and the health of the marine life it supports. One of the problems is sediment and contaminants, such as toxic heavy metals, that are washed from the land and accumulate on the seabed. After rainfall, our Hibiscus & Bays beaches are often unsafe for swimming. Tree planting initiatives along open waterways can prevent pollution and sediment flowing into the ocean. Protection of the Hauraki Gulf Marine Park – Tīkapa Moana/Te Moana-nui-ā-Toi is one of the key goals of the Restore Hibiscus & Bays stream restoration programme.